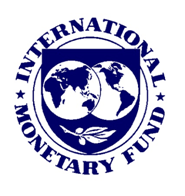 The International Monetary Fund (IMF) was initiated in the 1944 Bretton Woods Conference and was formally established in 1945 by 29 member countries. It works to foster global growth and economic stability. It provides policy advice and financing to members in economic difficulties and also works with the developing nations to help them achieve macroeconomic stability and reduce poverty.

The Fund has three main tools at its disposal to carry out its mandate: surveillance, technical assistance and training, and lending. These functions are underpinned by the IMF’s research and statistics.

Important Facts regarding the IMF

2. It is a part of the United Nations System and has a formal relationship agreement with the UN but retains its independence.

3. The Fund’s headquarters are in Washington D.C., United States of America

5. The IMF holds a relatively large amount of gold among its assets. It holds about 90.5 million ounces or 2,814.1 metric tons of gold at designated depositaries.

6. Unlike the General Assembly of the United Nations, where each country has one vote, decision making at the IMF was designed to reflect the position of each member country in the global economy. Each IMF member country is assigned a quota that determines its financial commitments to the IMF, as well as its voting power. 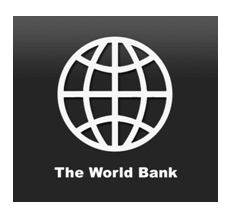 The World Bank is an international financial institution and is a member of the United Nations Development Group. The official goal of the World Bank is the reduction of poverty.

It too was created at the 1944 Bretton Woods Conference along with the IMF. In fact, both the World Bank and the International Monetary Fund are based in Washington D.C. and work closely with each other. The annual publication of the World Bank is known as the World Development Report.

The World Bank is a vital source of financial and technical assistance to developing countries around the world. It comprises of five institutions managed by its member countries. They are: 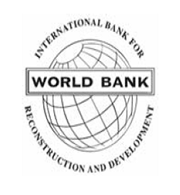 1. The International Bank for Reconstruction and Development (IBRD) The IBRD aims to reduce poverty in middle–income countries and creditworthy poorer countries by promoting sustainable development through loans, guarantees, risk management products, and analytical and advisory services. 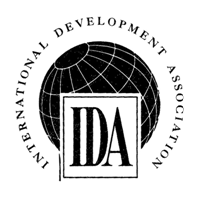 2. The International Development Association (IDA) The IDA is the part of the World Bank that helps the world’s poorest countries by providing loans and grants for programs that boost economic growth, reduces inequalities and improves people’s living conditions. It complements the World Bank’s original lending arm – the International Bank for Reconstruction and Development. Both IBRD and IDA share the same staff and headquarters and evaluate projects with the same rigorous standards.

3. The International Finance Corporation (IFC) The IFC is the largest global development institution focused exclusively on the private sector in developing countries. Its work in more than a 100 developing countries has allowed companies and financial institutions in emerging markets to create jobs, generate tax revenues, improve corporate governance and environmental performance, and contribute to local communities.

4. The Multilateral Investment Guarantee Agency (MIGA) On April 12, 1988 an international convention established MIGA as the newest member of the World Bank Group. The agency opened for business as a legally separate and financially independent entity. It was created to complement public and private sources of investment insurance against non–commercial risks in developing countries. MIGA’s multilateral character and joint sponsorship by developed and developing countries were seen to significantly enhance confidence among cross–border investors. Today, their mission is to promote foreign direct investment into developing countries to help support economic growth, reduce poverty and improve people’s lives.

5. The International Centre for Settlement of Investment Disputes (ICSID) The ICSID Convention is a multilateral treaty formulated by the Executive Directors of the World Bank and it entered into force on October 14, 1966. The Convention sought to remove major impediments to free international flows of private investment posed by non–commercial risks and the absence of specialized international methods for investment dispute settlement. The primary purpose of ICSID is to provide facilities for conciliation and arbitration of international investment disputes

10 Competitive Landscape of Banks in India