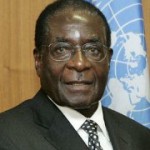 Zimbabwean President Robert Mugabe has been awarded 2015 Confucius Peace Prize by China. The Prize is dubbed as Chinese equivalent of the Nobel Peace Prize. He has been chosen for this edition of prize for his inspirational leadership and service to pan-Africanism and African independence. The prize also has recognised his efforts to overcome difficulties of all kinds and his commitments for constructing his nation’s political and economic order. About Robert Mugabe Mugabe is the founding leader of Zimbabwe and has ruled the country since it gained independence in 1980 from United Kingdom …Read More