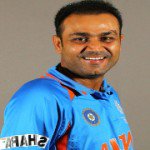 Ace Indian cricketer Virender Sehwag has announced his retirement from international cricket. This announcement comes after more than two-and-a-half years on from his last appearance in Test match for India in March 2013 against Australia in Hyderabad. About Virender Sehwag Born: 20 October 1978 in New Delhi. He had started his international cricket career in 1999 after he played his first One Day International (ODI) against Pakistan and later in 2001 joined the Indian Test team. In his remarkable career, he had scored 17,253 international runs across all formats. ODI Career: He had played 251 ODI matches and scored 8273 runs with…Read More