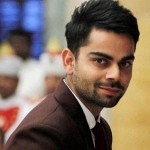 Bengaluru Yodhas, the JSW Group owned franchise in the Pro Wrestling League, has announced India’s Test captain Virat Kohli as the co-owner of the team. Kohli who led the Indian team to a 3-0 Test series victory over South Africa recently, is all set to take it #FromBatToMat with this association with the Bengaluru franchise.

The Pro Wrestling League, whose inaugural edition kicks off on the 10th of December in New Delhi’s KD Jadhav stadium, pits six city-based franchises against one another in one of the richest freestyle wrestling tournaments in the world. Kohli’s Bengaluru Yodhas will face Rohit Sharma’s UP Warriors in their opening fixture on Friday, where the world will see the two cricketers as owners and in different dug outs. Read More