US to extend military presence in Afghanistan beyond 2016

US to extend military presence in Afghanistan beyond 2016 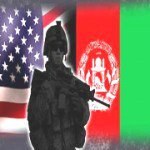 United States has announced to extend its military presence in Afghanistan beyond 2016 as per shift in policy to further cooperate for fighting terrorists. It was confirmed by US President Barack Obama by announcing that around 5,500 troops will be present in Afghanistan when he leaves office in 2017.

Originally all except a small embassy-based force were due to leave Afghanistan by the end of 2016. But more troops were needed to be deployed in Afghanistan order to help Afghan forces to counter a growing Taliban threat in wake of recent surge in terrorist attacks. Read More