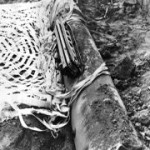 United States and Spain have reached an in principle agreement to clean up land at Palomares site (in Spain) contaminated by plutonium radiation from undetonated US nuclear bombs. The binding clean up deal was finalised in Madrid during US Secretary of State John Kerry official visit to Spain. Under the agreement, US will remove the soil contaminated by nuclear radiation at Palomares. Background In January 1966, a US B-52 bomber plane carrying 4 nuclear bombs had crashed off the coast of Spain over the Mediterranean Sea. It was one of the most serious nuclear accidents of the Cold War era…Read More