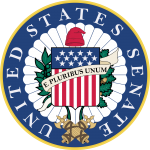 US Senate has passed Cyber Security Legislation to facilitating sharing of cyber-attack threats. It was passed by 74 votes in favour of it and 21 votes against it. The passage of legislation is being considered a critical step to address cyber threats and ensure tools are in place in to deter future cyber-attacks.

The bill reconciles with the earlier-passed House Cyber Security Bill. Seeks to help in preventing future cyber-attacks by facilitating a common awareness in the cyber realm. Encourages private companies to voluntarily share information related to cyber threat with the government and one another. Provides private companies immunity for sharing the information from lawsuits by consumers and shareholders.

United States Government was under pressure to act in the wake of recent high-profile cyber-attacks against multiples private companies including Sony Pictures and others. The passage of legislation comes just after US Congress had voted to rein in the powers of the National Security Agency (NSA) following revelations of vast surveillance programmes in leaked documents by former intelligence contractor Edward Snowden. Read More