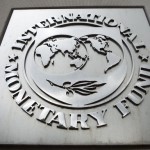 The US Congress has approved long-stalled reforms of the International Monetary Fund that will give greater voice to emerging-market powers. Adopted in 2010 by the 188-nation IMF, the reforms also double the crisis lender’s permanent financial resources, to some $660 billion. They were part of a $1.1 trillion spending package approved by Congress, which now heads to President Barack Obama’s desk for his signature.

The reforms were expected to take effect in 2012. But with the United States holding by far the largest share of voting rights at the IMF, Congress’s refusal to approve the reforms had held up their implementation, to the consternation of IMF management and members. Read More