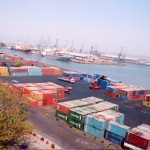 Union Government is planning to spend about 70,000 crore rupees on the development of major ports as part of its ambitious Sagarmala project. It was announced by Union Minister for Road Transport, Highways and Shipping at the first meeting of the National Sagarmala Apex Committee (NSAC).

In March 2015, Union Cabinet had given its ‘in-principle’ nod to this flagship project for port-led development in coastal States.