Union Government sets-up R.V. Easwar Committee to simplify the provisions of IT Act, 1961

Union Government sets-up R.V. Easwar Committee to simplify the provisions of IT Act, 1961 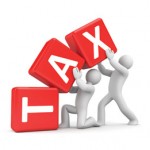 Union Government has constituted a committee to simplify the provisions of the Income Tax Act (IT), 1961 under the Chairmanship of former Delhi High Court Judge, Justice R.V. Easwar.

Term of the Committee: It shall be for a period of one year from the date of its constitution.

To study and identify: Provisions in the IT Act, 1961 which are leading to litigation due to different interpretations.

The areas and provisions of the Act which needs simplification in the light of the existing jurisprudence.

Provisions which are impacting the ease of doing business. Suggest: modifications and alternatives to the existing provisions and identified areas in order to bring predictability and certainty in tax laws without substantial impact on the revenue collection and tax base.

Recommendations: The Committee will set up its own procedures for regulating its work and will put its draft recommendations in the public domain in batches after consulting stakeholders. The First Batch shall be submitted by 31st January, 2016 and shall contain as many recommendations as possible.

Union Government’s this announcement comes after it had scrapped the earlier proposal of replacing the IT Act, 1961 with a simplified Direct Taxes Code (DTC) which was floated by then UPA government earlier.