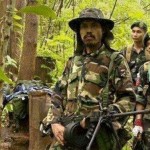 Union Ministry of Home Affairs (MHA) has declared Naga militant outfit National Socialist Council of Nagaland (Khaplang) formally known as NSCN (K) as a terrorist organization. In this regard MHA has issued an official gazette notification mentioning that NSCN (K) and all its formations and front organisations have been declared as a terrorist organization under the Unlawful Activities (Prevention) Act, 1967.NSCN (K) has resorted to terrorism by killing civilians and security forces and in June 2015 it was engaged in other violent activities including the attack on an Army convoy in Chandel district of Manipur…Read More