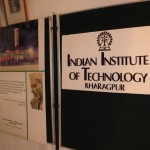 Six new Indian Institutes of Technology (IITs) will be set up in the states of Andhra Pradesh, Chhatisgarh, Goa, Jammu and Kashmir, Kerala and Karnataka with the Union Cabinet today clearing a proposal in this regard.

A meeting of the Cabinet presided by Prime Minister Narendra Modi gave its approval for operationalisation of these IITs initially by forming of Societies under the Societies Registration Act, 1860 in order to give them legal status till the amendment for their incorporation in The Institutes of Technology Act, 1961 is enacted. At present, there are 16 IITs in the country. Read More