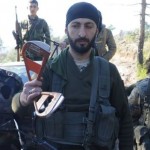 He died when his helicopter came under fire from rebels in northern Syria, where the plane crashed. Rebel fire from the ground killed one of the jet’s two crew members after they ejected. The head of Nato said it stood in solidarity with Turkey as the Kremlin warned of “serious consequences”.US President Barack Obama has assured his Turkish counterpart, Recep Tayyip Erdogan, in a phone call of the support of the US for his country’s right to defend its sovereignty. The White House said both presidents had agreed on the importance of de-escalating the situation…Read More