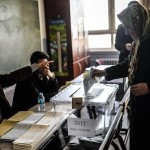 Turkey’s Islamist-rooted AK Party swept to an unexpected victory in elections, returning the country to single-party rule in an outcome that will boost the power of President Tayyip Erdogan but may sharpen deep social divisions. With almost all ballots counted, the AKP had taken just shy of 50 percent of the votes, comfortably enough to control a majority in the 550-seat parliament and a far higher margin of victory than even party insiders had expected.

Prime Minister and AKP leader Ahmet Davutoglu tweeted simply “Elhamdulillah” (Thanks be to god), before emerging from his family home in the central Anatolian city of Konya to briefly address crowds of cheering supporters. In June, the AKP lost the overall majority it had enjoyed since 2002. Erdogan had presented Sunday’s polls as a chance to restore stability at a time of tension over Kurdish insurrection and after two bombings, attributed to Islamic State, while critics fear a drift to authoritarianism under the president.

Since June’s poll, a ceasefire with Kurdish militants has collapsed, the war in neighbouring Syria has worsened and Turkey – a NATO member state – has been buffeted by two Islamic State-linked suicide bomb attacks that killed more than 130 people.