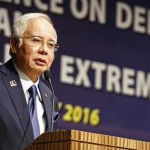 Shortly before Malaysia’s 2013 election, $681 million was quietly transferred into private bank accounts belonging to Prime Minister Najib Razak. These enormous transfers would later become the subject of scrutiny from Malaysian investigators as they looked at Najib’s role in a controversial and debt-heavy government investment fund.After news of the huge sums broke last year, there were widespread calls for the Malaysian prime minister to step down. This Tuesday, however, an anti-corruption probe finally cleared Najib of wrongdoing. Instead, Malaysia’s attorney general revealed that his investigation had found that the money was simply a personal donation from the Saudi royal family and not evidence of corruption.