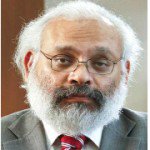 Renowned economist Subir Gokaran has been appointed as an Executive Director on the board of the International Monetary Fund (IMF). Mr. Gokarn’s name was cleared by Appointments Committee of Cabinet (ACC) headed by Prime Minister Narendra Modi. He will replace Rakesh Mohan whose 3 year tenure ends in November 2015. He will represent grouping of India, Bangladesh, Sri Lanka and Bhutan on the IMF’s Executive Board with a total casting vote of 2.8 per cent of which India has more than 2.3 per cent. Earlier he had served as Deputy Governor of RBI from 2009 to 2012 and was the youngest Deputy Governors of the central bank at that time. He also had served as a nominee Board Member of the State Bank of India (SBI)…Read More