As per the latest report published in Times of India, 25 December 2014, SSC exams and registration may go online from 2015.

As per the news, the Staff Selection Commission (SSC) examination may soon be made online, if a recommendation of the expert group set up to review the SSC examination system is accepted. 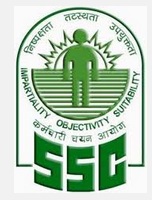 The panel, constituted by the department of personnel and training (DoPT) on February 13 this year under the chairmanship of former UPSC member IMG Khan, has in its report made several recommendations for improvement in the current SSC examination system Three working groups set up earlier this month to deliberate on recommendations of the panel have now submitted suggestions on the national screening test and technology related issues, awareness campaign, and issues relating to Cen tral armed force recruitment. The working group has recommended that online exam be introduced without further delay , apart from compulsory online registration (with a delayed start for the northeast region) and web and mobile app-based application system. The group also called for assessment of infrastructure and whether private agencies, universities, engi neering colleges are to be used for setting up physical exam infrastructure.

In the marking system, mandatory negative marking has been suggested, apart from normalization of score.Besides, to ensure transparency , uploading of marks, result, question papers, scanned answer papers and answer keys is recommended.

The working group on issues relating Cental Armed Police forces (CAPFs) has suggested that SSC should not conduct examination for posts for which academic qualification is less than 10+2. Also, CAPFs may be allowed to conduct recruitment of constable (general duty) if approved by MHA. If not, 60% of recruitment can be done by SSC on online exam basis, while 40% vacancies may be filled by CAPF from border and Left-wing extremism-hit districts on application basis or rally system. For the latter, a nodal CAPF Recruitment Board may be set up under an additional DG-rank officer.

The group also suggested that technology be used to increase transparency in recruitment through inclusion of biometrics at every stage, digital height-weight-chest measurement with webcam display, CCTV recording of events and online validation of data, etc.

As our readers might be aware, Bankers Adda is also running an online petition campaign to make all SSC Exams online. Every time a user signs the petition, a e-mail goes to SSC chief and reinforces the need for making the exams online. If you have not signed the petition yet, you can sign it here.