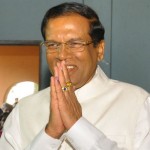 Sri Lanka’s new government has presented its plan for a new constitution aimed at devolving power and preventing the sort of ethnic tensions that led to a long and bitter civil war that ended in 2009. The move comes as reformist President Maithripala Sirisena’s administration takes some steps to promote post-conflict reconciliation and address alleged war crimes committed during the 26-year conflict between government troops and Tamil Tiger rebels.