Singapore replaces Mauritius as top source of FDI into India 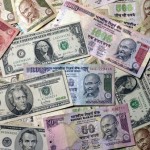 Singapore has replaced Mauritius as the top source of foreign direct investment (FDI) into India during the first half of the current fiscal.

During April-September 2015, India has attracted $6.69 billion (Rs 43,096 crore) FDI from Singapore while from Mauritius, it received $3.66 billion (Rs 23,490 crore), according to data from the Department of Industrial Policy and Promotion (DIPP).

Foreign investment from Singapore has more than doubled from $2.41 billion in the year-ago period. Read More