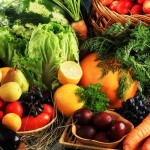 Sikkim has become India’s first fully organic state by converting around 75,000 hectares of agricultural land into sustainable cultivation. In Sikkim around 75,000 hectares of agricultural land was gradually converted to certified organic land by implementing organic practices and principles as per guidelines laid down in National Programme for Organic Production. It was 12 years ago in 2003 when the Pawan Chamling-led government decided to make Sikkim an organic farming state through a declaration in the legislative assembly.

Later the entry of chemical inputs for farmland was restricted and their sale banned. Farmers therefore had no option but to go organic. Organic cultivation is free of chemical pesticides and chemical fertilizers as it tries to strike a harmonious balance with a complex series of ecosystems.