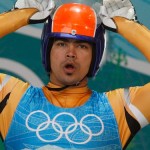 Seasoned Indian luger Shiva Keshavan has won a silver medal at the Asian Championship. The race consisted of two heats closely contested by athletes. Though in the first heat Shiva was a mere 2/10th of a second behind, minor technical snags cost him the gold medal in the second heat. The first place was claimed by Japan’s Hidenari Kanayama, and third by Korea’s Dong Hyeon Kim.

“I was hoping to bring home the Gold, but I still have another 2 years before Korea 2018, and am hopeful that support with come forth so I can put my best performance yet for our country,” Shiva said. Shiva will continue the season by participating in three of the remaining World Cups, all to be held in Germany. Read More