The sentence correction part, as you are well aware of, aims to test your knowledge of English grammar.  To note, the GMAT tests you on American English, so those of you who have studied the British language need to be a little careful on the exam.  For example, the Americans spell “flavour” with only an “o”, i.e. “flavor”.  Similarly the word “colour”, which they spell as “color”.  So you need to make sure you are conversant with American spellings.  But these will not make a very big difference when it comes to sentence correction.  The SC checks your grammar, and not particularly your spelling, although new spellings in the questions might trip you!

A Sentence Correction question has 5 options from which the correct answer is to be chosen.  The first option, is a reproduction of the question itself! If you feel the given sentence has nothing wrong with it, choose the first option. 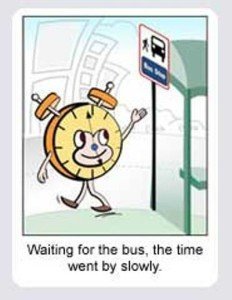 As mentioned earlier, questions of all score levels are present in the sentence correction section.  You may get only 2 to 3 words underlined to be corrected, or say a part separated by punctuation, and only the underlined part (and not the entire sentence) is to be corrected.

For example, “although the dog tried his best to catch up with the train; he could not do it.”  Here you can see that only a portion of the sentence is underlined, so only that needs to be corrected.  Now you can keep the first part fixed in your mind, and try to make the entire sentence grammatically correct by changing the underlined portion.  You can see here that the the change will come from the punctuation.  The correct answer would be “train, yet he could not do it.”

Another example of a tougher question would be “TA Edison was awarded the noble prize as he was the man who invented the light bulb and his works as a scientist make him what he was.”

Now this is a tougher question, and requires the complete sentence to be corrected.  You can see that the tenses are not right, and there are too many conjunctions in the sentence used at the wrong places.  The correct answer would be “TA Edison was awarded the nobel prize for inventing the light bulb (or, as he was the man who invented the light bulb); his works made him what he was.”

To make the right choice, read the entire sentence first at a quick go without paying attention to the underlined part.  Try to figure out what it is that strikes you as being grammatically incorrect.  Once you’ve figured out the correction areas, go back to the sentence and read it again, this time looking at the underlined portion.

Now catch the wrong part, be it punctuation or conjunction or tenses, and check the choices given.  Select the one that you feel is correct.

Remember that roughly 10 to 14 questions in the GMAT Verbal section will be for sentence correction.  The other questions are distributed over the critical reasoning and the reading comprehension sections.

Like our tips? You can try out full-fledged exercises on GMAT sentence correction on our website or on our mobile apps on Android Play Store and iOS App Store! We have over 500 pages of Study Material for all sections of the GMAT (including Sentence Correction), multiple full-length Adaptive mock tests, and practice questions for all chapter specific areas. You can try us out for FREE, with our 7-day trial!

Follow out Blog for more tips, tricks, and updates on the GMAT, MBA, and Business Schools.

Signup to our blog and study with confidence and persistence.  Remember, there are no short cuts to success! 🙂