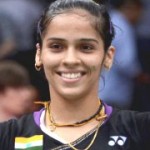 Ace Indian shuttler Saina Nehwal has won silver medal at 2015 China Open Superseries Premier Badminton tournament after finishing at second position in the Women’s Singles category. In the final match played at the Haixia Olympic Sports Centre in Fuzhou, the defending champion and top seeded Saina lost to sixth placed Xuerui Li from China by 12-21, 15-21 score.Saina and Li had met 12 times against each other and Saina has won just 2 of those games. The final of China Open tournament was overall Saina’s fifth final of the year 2015 and the third instance in 2015 that the World No. 1 has come out second best…Read More