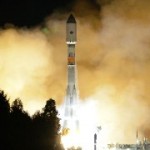 Russia’s newest defence satellite dubbed as EKS Kosmos-2510 was successfully launched into space and has been placed into its dedicated orbit. It was launched using Russian Soyuz-2.1b carrier rocket from the Plesetsk Cosmodrome which is a military facility in north-western Russia’s Arkhangelsk region. After placing it in dedicated orbit, the control of satellite has been passed to the Titov Main Space Center of Russia’s Space Forces.Key facts