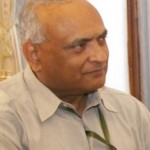 Former defence secretary RK Mathur has sworn in as the eighth Chief Information Commissioner (CIC) by President Pranab Mukherjee at a ceremony at Rashtrapati Bhavan in Delhi. The Prime Minister Narendra Modi-led selection committee, which has Finance Minister Arun Jaitley and leader of Congress party in Lok Sabha, Mallikarjun Kharge, as its members, had last year on December 16 selected Mathur as the new CIC.

As the CIC, Mr. Mathur will have tenure of about three years, till he attains the age of 65 years. The Central Information Commission has been headless twice since the BJP government came to power in 2014.