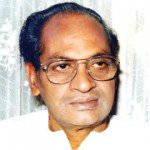 He was born on April 24, 1934 in East Godavari district of undivided Andhra Pradesh. He had started his career in film industry as a theatre artiste, dubbing artiste, film actor and later turned into a film producer by launching Poornodaya Movie Creations.

His debut movie as producer was Siri Siri Muvva which was a runaway hit in 1978 and was directed by eminent director K. Vishwanath. Read More