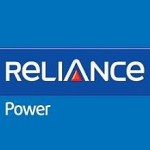 The Anil Ambani-led Reliance Power announced on Tuesday that it has appointed N Venugopala Rao as its CEO with immediate effect.

“The board of directors, at their meeting held today (Tuesday), have appointed N Venugopala Rao as the chief executive officer of the company with immediate effect,” Reliance Power said in a stock exchange filing.

Prior to this appointment, Rao was CEO of Sasan Power Ltd, a fully owned subsidiary of Reliance Power, which has developed the Sasan Ultra Mega Power Project (UMPP). Read More