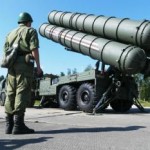 Reliance Defence has signed a manufacturing and maintenance deal worth $6 billion with Russia’s Almaz-Antey, the maker of an air defence system. The partnership between the Indian firm controlled by billionaire Anil Ambani and the Russian firm was announced as Indian Prime Minister Narendra Modi began a trip to Moscow aimed at strengthening defence ties.

Indian defence ministry said the government had cleared the purchase of five S-400 air defence systems that are estimated to cost about $4.5 billion in a bid to modernise the country’s defences against airborne attacks. India is forecast to spend $250 billion over the next decade to upgrade its military and the government wants a greater role for Indian state and defence firms. Read More