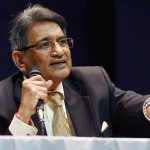 Justice RM Lodha Committee has submitted its report to the Supreme Court suggesting reforms in the Board of Control for Cricket in India (BCCI).

The committee was appointed by the SC in 2014 to make recommendations to the BCCI in order to prevent frauds and conflict of interest in cricket administration.

They should be separate for Indian Premier League (IPL) and BCCI, with limited autonomy for the IPL Governing Council.