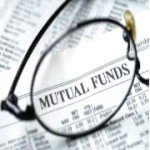 Reliance Capital Asset Management (RCAM) has announced to takeover global giant Goldman Sachs’ mutual fund business in India. It is first ever acquisition RCAM and will be acquired for 243 crore rupees in an all-cash deal. Under this deal, RCAM will acquire all 12 onshore mutual fund schemes of Goldman Sachs Asset Management (GSAM) India with total asset under management of 7132 crore rupees. This acquisition will make RCAM a sole exclusive fund manager of Union Government’s ambitious Central Public Sector Enterprises (CPSE) Exchange Traded Fund. RCAM’s is subsidiary of Reliance Capital which in turn is financial services arm of business conglomerate Reliance Group. It is also present in insurance, brokerage and wealth management among other areas …Read More