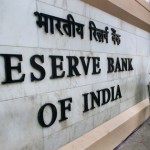 The Reserve Bank had, in June 2015, set the last date for public to exchange pre-2005 banknotes notes as December 31, 2015. RBI decided to extend the date for the public to exchange their pre-2005 banknotes till June 30, 2016. However, RBI added that from January 1, 2016, such facility will only be available at identified bank branches and Issue Offices of the Reserve Bank.

Soliciting cooperation from members of public in withdrawing these bank notes from circulation, RBI has urged them to exchange pre-2005 bank notes at the identified bank branches or Issues Offices of the Reserve Bank, convenient to them. Read More