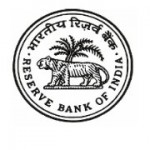 The Reserve Bank of India (RBI) has allowed non-resident Indians (NRIs) to subscribe to the National Pension System (NPS) enabling them access old age income security. RBI has taken this decision in consultation with Union Government under the Prime Minister Narendra Modi’s efforts to appease NRIs.