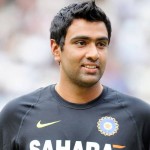 Ravichandran Ashwin of India and Australia captain Steve Smith have finished 2015 as the number-one ranked bowler and batsman respectively in the ICC Test Player Rankings. The rankings were released on 31st December 2015 following the conclusion of the Boxing Day Tests in Durban and Melbourne.

Ashwin has achieved the number-one spot for first time in his career after injury prevented Dale Steyn from bowling more than 3.5 overs in England’s second innings.Even though the fast bowler bagged four wickets in the first innings, these were not enough for him to end the year as the number-one ranked bowler for the sixth time since 2009. Read More