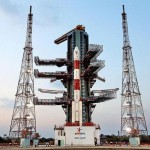 The Indian Space Research Organisation (ISRO) has launched PSLV-C31 rocket successfully. Launched from Sriharikota space centre, near Chennai, the rocket is carrying the fifth satellite of India Regional Navigation Satellite System (IRNSS), the IRNSS-1E. As scheduled, the rocket blasted off from the second launch pad at 9.31 am (January 20, 2016). This was the first rocket launch of 2016. The fifth navigation satellite in the IRNSS space system, a constellation of seven satellites, would be at par with US-based GPS once the full complement of spacecraft is launched. The satellite’s life span is 12 years.

Though the full system comprises of nine satellites — seven in orbit and two on the ground as stand-by — the navigation services could be made operational with four satellites. The entire IRNSS constellation is planned to be completed this year itself.