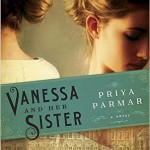 Indian-origin author Priya Parmar’s historical novel “Vanessa and Her Sister”, has been included in the New York Times’ 100 Notable Books of 2015.

Described as “A novel of Virginia Woolf and Vanessa Bell, constructed around an invented diary and letters,” the Times calls it a “multilayered, subtly shaded novel”.