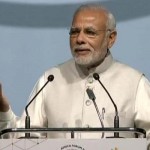 Prime Minister Narendra Modi has been ranked ninth on the Forbes list of powerful people for 2015, up six places from last year when he was at number 15. He is placed between his host next week, UK Prime Minister David Cameron, at number eight and Google’s Larry Page at 10.

Russian President Vladimir Putin retains his place as the world’s most powerful, while US president Barack Obama has slipped one place to number three. At number two this year is German Chancellor Angela Merkel.

Last year’s number three on the Forbes list, China’s Xi Jinping, is ranked fifth this year, after Pope Francis at number four. The pope retains his position from 2014. Read More