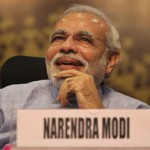 Prime Minister Narendra Modi inaugurated National Conference of Schedule Castes and Schedule Tribes entrepreneurs in the national capital. The conference is being organised by the Dalit Indian Chamber of Commerce and Industry (DICCI), on the occasion of 125th birth anniversary of father of the Indian constitution Dr B R Ambedkar. The programme, which is being conducted to seek the support from the Centre in promoting entrepreneurship among Dalits, is being attended by more than 1200 Dalit entrepreneurs. Prime Minister Modi has initiated several measures to boost entrepreneurship among youth, and especially among Dalits. Read More