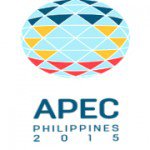 Philippines is going to host 2015 Asia-Pacific Economic Cooperation (APEC) summit from 18–19 November 2015 in its capital city Manila for the first time in nearly two decades. It is second time Philippines hosting the Asia-Pacific region’s most high-level business event i.e. APEC summit and had previously hosted it in 1996.For first time Philippines had hosted the APEC summit under the leadership of then-President Fidel Ramos who had vowed to help develop an action plan on facilitating free trade in the region. Theme of 2015 APEC Summit: “Building Inclusive Economies, Building a Better World”. Under this theme, Philippines is going to push for inclusive growth and highlight the role of small and medium enterprises (SMEs) which account for more than 97 per cent of businesses in APEC economies…Read More