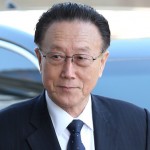 Kim Yang Gon, 73, North Korea’s top official in charge of relations with South Korea, died in an car accident on December 29. He is the latest in a series of top aides to young North Korean leader Kim Jong Un who are reported to have died in recent years. The state-run Korean Central News Agency (KCNA) provided no further details on the death of Kim Yang Gon. He was a veteran of negotiations with South Korea since the era of former leader Kim Jong II.

Kim Yang Gon played a prominent role in talks to defuse tensions between the two sides after an exchange of artillery fire in August. He was the head of the United Front Department, the main agency responsible for dealings with South Korea. Read More