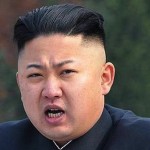 North Korea has announced that it had successfully carried out its first hydrogen bomb test, a development that, if confirmed, would marking a stunning step forward in its nuclear development. The surprise test was personally ordered by North Korean leader Kim Jong-Un and came just two days before his birthday. Only last month, during remarks made during an inspection tour, Kim had suggested Pyongyang had already developed a hydrogen bomb — although the claim was greeted with scepticism by international experts.

A hydrogen, or thermonuclear device, uses fusion in a chain reaction that results in a far more powerful explosion. The announcement will leave the international community scrambling to verify the accuracy of the North’s claims.