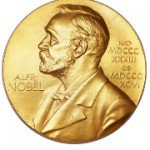 They have been chosen for their pioneering discoveries which have led to the development of potent new drugs against parasitic diseases such as malaria and elephantiasis.

The laureates will receive their prizes on December 10, 2015 at a formal ceremony in Stockholm, Sweden marking the anniversary of the death of prize creator Alfred Nobel. William Campbell and Satoshi Omura: Both biochemists have won half of the Nobel Prize of this edition for discovering avermectin, a derivative which is used to treat hundreds of millions of people with river blindness and lymphatic filariasis (elephantiasis). Read More