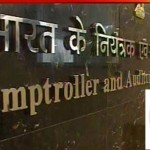 The Controller-General of Accounts (CGA) in the second week of October 2015 announced that India’s fiscal balance turned from deficit to surplus for the first time in 8 years.
Fiscal deficit-difference between revenue and expenditure excluding borrowings- for August 2015 was pegged at -15808 crore rupees that indicates surplus of revenues over expenditure.
The surplus amount in the exchequer is significant due to the fact that the fiscal deficit was 73005 crore rupees during the same period in the previous fiscal-August 2014.
In August 2015, the total expenditure was only 131214 crore rupees…Read More