No UK financial aid to India from January 1 2016 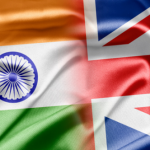 A decision, India will no longer receive financial aid from the UK , will be implemented from January 1 2016, which was taken by the British government in 2012 after a domestic outcry about India’s growing economic status. In 2012, then finance minister Pranab Mukherjee had famously said British aid was “a peanut” (sic) in India’s total development spend and that the country could very well do without it.

UK international development secretary Justine Greening had announced three years ago that Britain`s aid to India would end by the end of 2015, as the two countries developed “a new kind of relationship”. Read More