1. US supreme court legalizes gay marriage in all 50 states

The U.S. Supreme Court on Friday made marriage for same-sex couples legal nationwide, declaring that refusing to grant marriage licenses to gay and lesbian couples violates the Constitution. The landmark ruling will produce the most significant change in laws governing matrimony since the court struck down state bans on inter-racial marriage almost 50 years ago. The majority opinion in the 5-4 decision was written by Justice Anthony Kennedy. 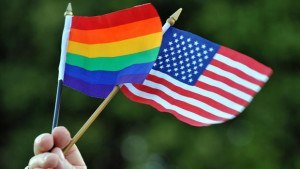 Ericsson has announced the appointment of Paolo Colella as new Head of Region India. In this new role, Paolo will also take a seat on Ericsson’s Global Leadership Team, reporting to the Chairman of Region India and Senior Vice President Asia-Pacific, Mats H Olsson. 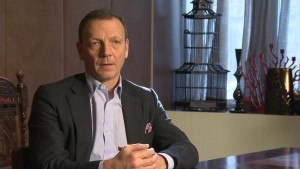 3. Spiritual leader Sri Sri Ravi Shankar has been conferred with Colombia’s highest civilian award for his contribution to peace issues around the world, particularly in the Latin American country. READ MORE

4. India’s legendary batsman Sachin Tendulkar has been voted the ‘Best Test player’ of the 21st century in an online poll conducted by Cricket Australia’s website. The former India skipper got the highest number of votes to emerge on top of the list of the 100 best Test players since 2000. READ MORE

6. State-run BSNL, with the Army’s assistance, today operationalised a mobile tower at an altitude of 16,000 feet in Eastern Ladakh region of Jammu and Kashmir. The mobile tower at Chongtash has been established with assistance from the Indian Army’s Trishul Signallers in terms of transportation, setting up and rearward connectivity. READ MORE

7. Senior journalist and well-known columnist Praful Bidwai passed away at the age of 65. His famous works include ‘South Asia on a Short Fuse: Nuclear Politics and the Future of Global Disarmament’, ‘New Nukes: India, Pakistan and Global Nuclear Disarmament etc. READ MORE

8. The 1st Modern Anganwadi Centre of India has been launched by the Government of India on 24th June 2015 in Sonepat, Haryana. The Centre has been established under ‘Nand-Ghar Yojana’. READ MORE