News Updates and Current Affairs 26 May 2015

Some 62% of the Irish Republic’s electorate voted in favour of gay marriage making it the first country in the world to legalize same sex marriage by popular vote, in a move hailed as a social revolution and welcomed around the world. The result is indicative of the republic  winning against the church and it signifies another milestone in Ireland’s journey towards a more liberal, secular society. READ MORE 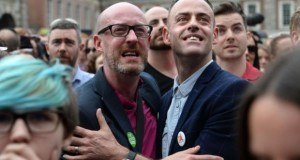 Goldman Sachs has named Andrea Vella and Kate Richdale as its new co-heads of investment banking in Asia excluding Japan, according to an internal memo, replacing Matthew Westerman who will transfer to a senior role in London. READ MORE 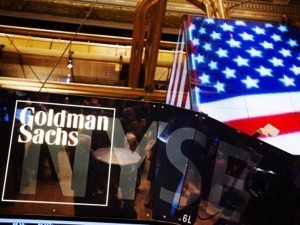 3. Rupee continues to depreciate as it fell by  6 paise to reach 63.62 per dollar tOday as a result of  fresh demand for the American currency from banks and importers.  READ MORE

4.  Prime Minister Narendra Modi completes one year in office and writes a letter to the nation. READ MORE

5. JEE Advanced 2015 :  majority of test takers complain of the paper being lengthy and out of usual pattern. READ MORE

6. Switzerland ends Swiss bank privacy tradition, dating back to the 1930s and publishes names of foreigners wanted for tax frauds. Names of two Indians have been made public so far. READ MORE

9. Indian Banks’ Association (IBA)  signed a wage agreement with unions and officers’ associations which will lead to a 15% wage hike for bank staff. It  will impose an additional burden of up to Rs 8,370 crore on lenders. READ MORE

10. John Forbes Nash Jr., the Princeton University mathematician whose life inspired the film “A Beautiful Mind,” died in a car crash along with his wife according to New Jersey State Police.  READ MORE