State Bank of India (SBI) on Thursday announced the appointment of Anshula Kant as its chief financial officer (CFO). Kant has been designated as the deputy managing director and CFO of the bank, SBI said in a filing on BSE.

Former Pakistan cricket team captain Zaheer Abbas has been selected the new President of International Cricket Council (ICC) for one year term. He will be 13th President of ICC and succeeds Mustafa Kamal of Bangladesh who had resigned from the post of ICC President in April 2015. 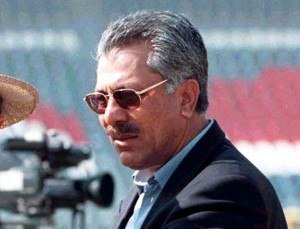 3. Benni Joseph Mavelil, the famous Philanthropist of UK, awarded with V.K. Krishna Menon Award 2015 on 21st June 2015. The award was established in the year 2006. READ MORE

4. Inderjit Singh and Jinson Johnson of India on 23 June 2015 bagged gold at the first leg of the Asian Athletics Grand Prix in Bangkok, Thailand. Inderjit won the gold in Shot Put by throwing 19.83 meters while Johnson won the gold in 800 meter event with a time of 1:48.52. READ MORE

5. As many as 11 Indian companies including Avanti Feeds LtdBSE 0.37 % and Borosil Glass WorksBSE 0.11 % are ranked among top 200 Asia Pacific corporations in Forbes Asia’s ‘Best Under A Billion’ list. The list covers public companies with annual revenue of $5 million to $1 billion, Forbes said, adding that they should also have positive net income and should be publicly traded for at least a year. READ MORE