Sister Nirmala Joshi, who succeeded Mother Teresa as head of the Roman Catholic order Missionaries of Charity, died Tuesday in Kolkata, India, where the organization is based. She was 81. Sister Nirmala was selected to lead the charity six months before the death of Mother Teresa, its founder, in 1997. 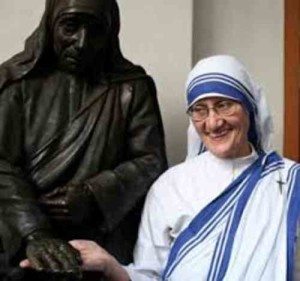 According to the Global Peace Index 2015 released by Institute for Economics and Peace (IEP), India ranked at 143rd position while Iceland is at top of the list. The survey conducted in 162 countries in all over the World. 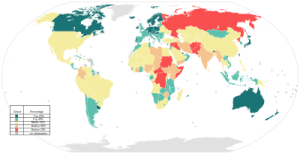 3. Maharashtra has officially declared Blue Mormon species as State butterfly as part of state symbols. Decision in this regard was taken in State Wildlife Board meeting presided by Chief Minister Devendra Fadnavis in Mumbai. With this, Maharashtra became the first State in the country to have a State butterfly. READ MORE
4. GMR Airport Developers Limited (GADL) signed an agreement with Oman Airport Management Company (OAMC) on 17th June 2015 with the aim to provide aviation training services. GMR Group is the 4th large private airport developer in all over the World. READ MORE
5. Kerala Government has declared June 22 as ‘Snake Bird Day’ in a bid to protect the endangered species which is also known as Indian darter. The formal announcement was made by State minister for forest Thiruvanchur Radhakrishnan at a function organised by Snake Bird Foundation in Thiruvananthapuram. READ MORE