India today singed a pact with the World Bank for USD 250-million financial assistance for Andhra Pradesh Disaster Recovery Project which will help the state enhance its capacity to respond promptly and effectively in times of crisis.

The financing agreement was signed by the Centre, the Andhra Pradesh government and the World Bank.

Sunita Viswanath, an Indian-American woman has been with Champion of Change award by the White House of United States. She is among the 12 other recipients who have been honoured with this award for their continuous efforts towards climate change. Sunita was honoured for her work with Sadhana, US based organisation’s s Project Prithvi which encourages Hindus to take care of the environment. She is co-founder and board member of Sadhana: Coalition of Progressive Hindus. READ MORE

Union Cabinet has given nod to introduce composite foreign investment cap in a bid to streamline the Foreign Direct Investment (FDI) structure. Decision in this regard was taken during Union Cabinet meeting chaired by Prime Minister Narendra Modi in New Delhi. This move will help government to club all forms of overseas investments such as FDI, Non-resident Indians (NRIs), foreign institutional investors (FIIs) and other foreign investments to define sectoral limits as a composite cap. Present policy has different caps for separate investment categories like FDI, FII and NRIs. The proposed sectors for composite foreign investment cap are agriculture, mining, tea, broadcasting, airports, media, retail (single brand and multi-brand), asset reconstruction companies, e-commerce, banking, insurance and commodity exchanges. Thus it will simplify the FDI policy with a view to attract foreign investments and also improving ease of doing business in India. READ MORE

Reserve Bank of India (RBI) has constituted a committee to prepare a 5 year action plan to spread the reach of financial services across country to unbanked population. The committee will be headed by RBI executive director Deepak Mohanty and comprise total of 14 members READ MORE 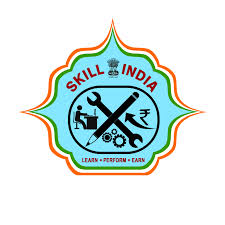