Bangladesh and India have signed a historic agreement to simplify their border by exchanging more than 150 enclaves of land. India’s Prime Minister Narendra Modi ratified the deal with his counterpart Sheikh Hasina in Dhaka. Thousands of Bangladeshis inhabit more than 50 enclaves in India, while Indians live in around 100 areas within Bangladesh. The countries will now swap territories and residents can choose where to live. 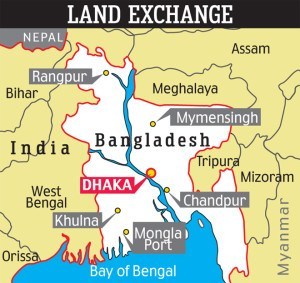 Former captain Rahul Dravid was appointed coach of the India A and under-19 cricket teams after the first meeting of BCCI’s high-profile advisory committee. The newly-constituted committee — comprising retired greats Sachin Tendulkar, Sourav Ganguly and VVS Laxman — met for the first time to discuss the future of Indian cricket and also present was BCCI President Jagmohan Dalmiya. 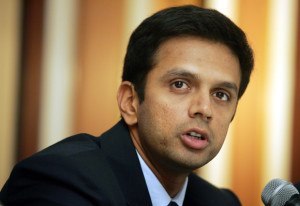 3. . Anil Ambani-led Reliance Power signed an agreement to invest $ 3 billion in setting up a mega power plant and a floating LNG import terminal in Bangladesh which faces acute power shortages.

4. Anil Ambani-led Reliance Power on Saturday signed an agreement to invest $ 3 billion in setting up a mega power plant and a floating LNG import terminal in Bangladesh which faces acute power shortages. Reliance Power will set up a 2 million tonnes a year floating LNG import terminal as well as 3,000 megawatt power plant, according to a memorandum of understanding (MoU) signed by Sameer Gupta, Executive vice-president of Reliance Power, during Prime Minister Narendra Modi’ two-day visit in Dhaka. READ MORE

5.  IIT-Madras on Sunday revoked the ban on the Ambedkar Periyar Study Circle (APSC) following talks between IIT-M  director Bhaskar Ramamurthi and members of the APSC according to a joint statement released by the institute and the student group. READ MORE