Infosys on Friday named R Seshasayee, vice chairman at truck and bus maker Ashok Leyland, as its non-executive chairman, replacing KV Kamath, who stepped down to take over as president of the newly created BRICS bank. 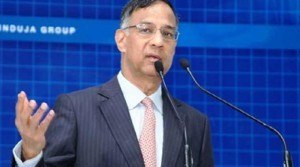 A recent wage settlement signed between the Indian Banks’ Association and bank unions provides paternity leave entitlement to male executives. “All subordinate employees, clerical employees, officers will be eligible for 15 days of leave before the due date of the spouse or up to six months post delivery,” general secretary of the All India Bank Employees Association (AIBEA) C H Venkatachalam said.

3. E-commerce firm Snapdeal and Tata Housing, which have partnered to sell homes online, have announced their largest transaction worth Rs. 1.1 crore hours after commencing the sale of premium and luxury apartments. READ MORE

4. Essel Group formed a 50:50 joint venture (JV) with the Rajasthan government to set up solar parks in the state.  The solar parks will be set up in Bikaner and Jaisalmer regions with an investment of Rs 4,000 crore. READ MORE

5.Bharti Enterprises managing director Manoj Kohli is leaving the Sunil Mittal-led group after over a decade. . Kohli, who earlier headed Bharti Airtel in India and Africa, is likely to quit by the end of this month. READ MORE